This morning I saw a man dying on the street. The birds were singing. He was creeping over the dusty road. In between the vomiting of blood, he was screaming for help.

Nobody answered. Everything just continued. It was like watching a movie and as if I was the only person who saw this man in deep pain. Struggling for his life in a battle he couldn’t win.

People were passing by. Rickshaws made a detour while honking loudly. Life went on and in the same time it passed away.

In one last final spasm he reached out to the world around him. In vain.

His head fell on the ground. Beaten. His dirty hair drenched in the pool of blood that occurred underneath his face.

The birds were singing. The people passed by. On the background the loud signal of an approaching train.

For a moment I couldn’t breathe. Time stood still and I was struck by the essence of life, watching this scenario from the backseat of a car. This dead body that blocked the road did obviously not amuse the driver.

“Why is nobody doing anything?” I yelled to the driver. He looked at me, a bit confused. “Mam, this man isn’t worth anything. He’s from a lower caste, mam.” Followed by the typical Indian nod. “No!” I screamed. “We can’t leave this man like this. We have to do something!” He sent me a smile through the back mirror. “Mam,” and he nodded. “Leave it. This is life. Accept it.”

And off we went. Taking another road. Leaving the scenario for what it was, but the image deeply imprinted in my soul.

As a yoga teacher and psychologist I’m of course very familiar with the concept of acceptance. It’s a popular term that is often being used as some kind of remedy for all discomfort and undesired feelings or situations. Yoga classes are drenched in acceptance-based terms that bring you back in the present moment and learn to deal with it by just letting go. In therapy world there’s even a whole new development going on for some years already towards a focus on learning people acceptance based coping styles and skills.

Because it is what it is. We just have to accept the things we cannot change, leave it and let it go.

Simple as that, isn’t it?

Well, for me it isn’t. I’m finding myself in a serious moral conflict when I see people dying on the streets and nobody is doing anything. I also find it difficult to let go of the idea that women are being gang raped. Young girls who end up as a sex slave in grim brothels and never see the day light, is something I just can’t leave for what it is. An innocent child that has to watch how his own father kills his mother, because he suspects her of smiling to another man, is not really acceptable for me. A young girl that is mutilated forever by the acid that has been poured in her eyes because she’s believed to have lost her virginity is not simple to let go.

My definition of true acceptance is intertwined with the concept of ahimsa, non-violence. For me acceptance is not letting be of whatever there is. Deep acceptance is taking responsibility for the whole. For the entire thing, which implies even the things we don’t like to accept or want to push away.

So true acceptance is not about letting go. Even letting be is not enough. It’s about taking everything in, without judgment and attachment. Taking the full responsibility for life as it is, being in this and in addition to that, being a human being.

Non-violence is love. The thing we have all in common as human beings and which connects us on a very essential level, is our ability to love. Unconditionally. It’s not about you. It’s not about me. In the end is that what defines me as a human being here and now, nothing more than a mixture of flesh, blood, bones and the capacity to love. Because of that, I can accept and embrace. Acceptance is not a passive state of doing nothing and just go with the flow. True acceptance is a deed of action of a fully responsible human being from a place of love. Through connection, separation dissolves and by acting upon acceptance I’m taking the responsibility as a human being to create oneness and peace in the world that I’m living in.

The birds are still singing. 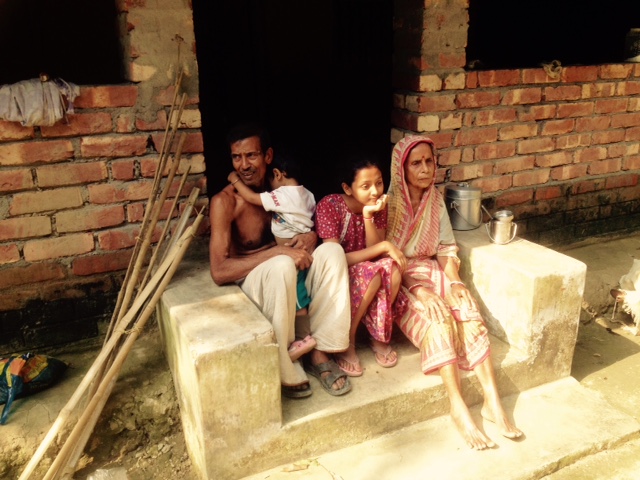